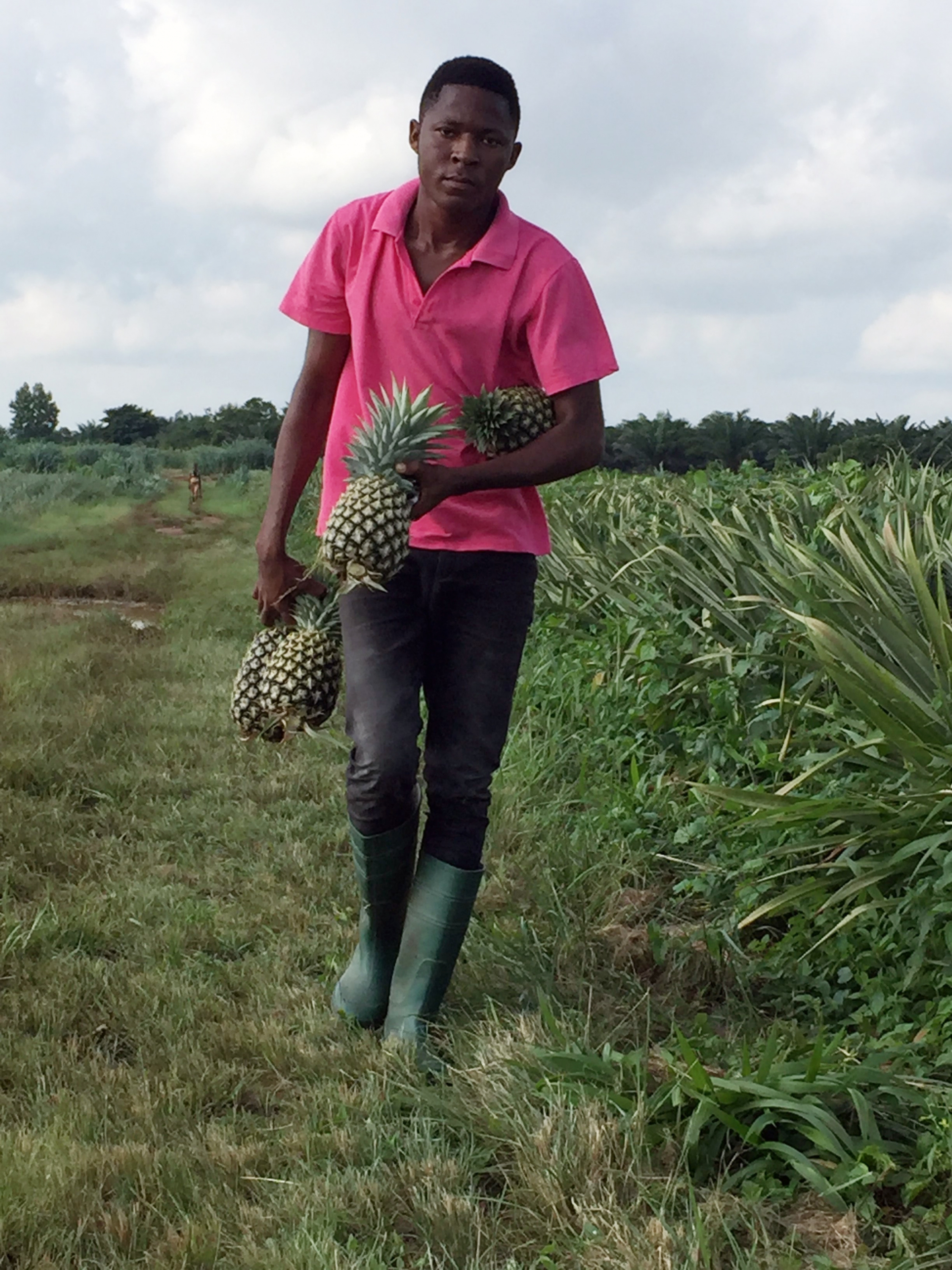 Allada, Benin — Benin’s farmers can again export pineapples to the European Union, their most lucrative market, following the set-up of a food safety surveillance system with the help of the IAEA and the Food and Agriculture Organization of the United Nations (FAO). The exports are expected to resume later this month.

Pineapple farmers suffered under a voluntary export ban in place since last year due to chemical residues found in Benin’s pineapple exports. This led to a loss of income and also a reduction in farm employment in a sector that has been identified as one of three key growth areas in the country’s development plan. “Instead of tripling exports in line with the plan, our European sales ground to a halt,” said Xavier Satola, a pineapple farmer and president of the Benin Pineapple Exporters Association. “Without exports there is no sustainable production: it is like a locomotive that pulls the entire train.”

Benin produces 400 to 450 thousand tons of pineapples a year, which makes the fruit its third most important agricultural produce. Though overseas exports made up only 2% of total production, they accounted for half of the sector’s profits and promised a more lucrative future for farmers, the industry and its tens of thousands of employees, Satola said.

European consumers like their pineapples to have a yellow outside colour. Because pineapples are naturally green even when fully ripe, farmers use ethephon, a chemical that brings about the yellow colour.

Ethephon generates the same natural ripening substance plants make to ripen fruit.  Maximum permitted amounts of ethephon have been set by the European Union to make sure that any residues are not harmful to consumers.

Benin did not have a monitoring system in place for these residues in food, and sampling and analysis at various points of control in Europe revealed an ethephon concentration over twice the threshold. Benin’s government therefore decided to voluntarily halt exports of its pineapples.

In the meantime, farmers could not use ethephon, so European clients refused to buy their — green — pineapples. Selling these locally and in neighbouring countries fetches only one tenth of the purchase price, Satola said. Following the introduction of the export ban, he was forced to let go of half of his year-round staff of 56, he said.

The government’s Central Laboratory of Food Safety Control (LCSSA) turned to the IAEA and the FAO for support with putting in place the analytical techniques and the surveillance system required to monitor residues in pineapples and certify that they meet the European Union’s requirement on ethephon. Nuclear and nuclear-based techniques are used for this analysis (see Food residues testing using nuclear-based techniques).

“Building the lab’s capacity required training for its staff as well as new equipment, and eventually a certification from a European laboratory, proving that the monitoring system in place meets European food safety standards,” said Kinnou Kisito Chabi Sika, General Manager of LCSSA. The lab received the certificate last May, clearing the last hurdle for the lifting of the export ban.

The IAEA, through its technical cooperation programme and in close cooperation with the FAO, supported the lab with equipment and reagents. It also provided fellowships to train seven LCSSA staff in laboratories in Belgium, Botswana, the Czech Republic and Morocco.

“From an underequipped laboratory able to perform only a few tests, the LCSSA has become a leading institution in West Africa in food safety testing,” said James Sasanya, food safety specialist at the Joint FAO/IAEA Division of Nuclear Techniques in Food and Agriculture.