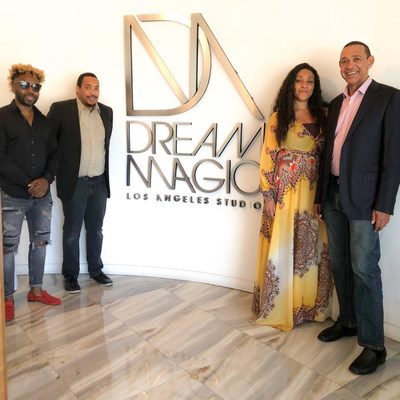 DNA follows the stories of several Nigerian men seeking to immigrate their families to the United States by applying through the US Embassy. The path takes a laughable, yet dramatic turn for the hopefuls, when the outcomes of their required paternity tests isn’t what they expected.

“As Silverbird Group continues to deliver opportunities for cultural and economic development in Nigeria, we are committed to bringing to life the stories of African people on film throughout the world,” explained Murray-Bruce.

Murray-Bruce assembled a dream team to bridge the gap between the burgeoning entertainment culture of the African Diaspora and Hollywood entertainment. Taking the helm of the upcoming productions, is veteran Hollywood executive, Davina Douthard. She will oversee production, acquisitions, marketing and distribution. Creative direction will be led by Jesse Combs and Jonathan Murray-Bruce will oversee studio operations.

Silverbird Group is a multinational company established in 1980 by Ben Murray-Bruce with diversified properties in Radio, Television, Real Estate, and Cinema. Silverbird’s Most Beautiful Girl in Nigeria (MBGN) produced the first and only black African Miss World in 2001. Silverbird carved a niche as a ground-breaking company, building the first international standard mall and Cineplex in Nigeria, the Silverbird Galleria.